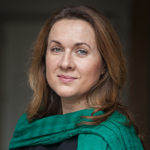 DAAD stipend and an invitation to come as a visiting professor to Institut für Slawistik und Kaukasusstudien at Friedrich-Schiller-Universität Jena.

Research Fellow of Marie Curie Fellowship Program for Early Stage Researchers founded by EU. In the European Doctorate Program in the Social History of Europe and the Mediterranean (ED) Building on the Past.

One of the funding members of the Polish Association for Gender Studies established in 2016, and a member of the Board between 2017 and 2019.

Appointment to the Women’s Council, an expert body advising the President of Warsaw, Rafał Trzaskowski. Between 2015- 2020 a member of Committee for the Reform of Child Support System (Zespół Ekspertów ds Alimentów), a joined initiative of the Commissioner for Human Rights and the Commissioner for Children’s Rights in Poland

Gender, Populism and the New Culture Wars. Social and Cultural Change in the Trump Era

Power and Its Discontents in the Contemporary United States

From “I have a dream” to #metoo. Social movements & American society after II WW in a comparative perspective