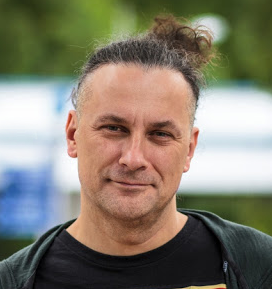 Paweł Frelik’s teaching and research interests include science fiction, audiovisual media (film, television, video games, music video), and unpopular culture. He has published widely in these fields, serves on the boards of Science Fiction Studies (USA), Extrapolation (USA/UK), and Journal of Gaming and Virtual Worlds (UK), and is the co- editor of the New Dimensions in Science Fiction book series at the University of Wales Press. In 2013-2014, he was President of the Science Fiction Research Association, the first in the organization’s history from outside North America. He now serves as Science Fiction Division Head of the International Association for the Fantastic in the Arts. In 2017, he was the first non-Anglophone recipient of the Thomas D. Clareson Award.

“The Future of the Past: Science Fiction, Retro, and Retrofuturism.” In Parabolas of Science Fiction, edited by Brian Attebery and Veronica Hollinger, 205–24. Middletown, CT: Wesleyan University Press, 2013.

Audiovisual Culture and Media in the United States (lecture)

Comics and Graphic Novels in the United States