On 9th and 10th December, at the University of Warsaw, there will be an action called “UW congratulates Olga Tokarczuk”. Members of the UW academic community will have an opportunity to congratulate Nobel Prize laureate. The author of “The Books of Jacob” (Księgi Jakubowe) or “Flights” (Bieguni) graduated from the UW Faculty of Psychology.

On 10th December, during the Nobel Prize award ceremony at Konserthuset Stockholm, Olga Torakczuk will obtain the award. Polish writer is recognised as one of the most distinguished representatives of modern literature in Poland and the world. She holds many Polish and international awards. In 2018, she won the Man Booker International Prize for her novel “Flights” (Bieguni). This book also won the Nike Award, Poland’s top literary prize, in 2008. In 2015, Olga Tokarczuk received another Nike Award for the impressive historical novel “The Books of Jacob” (Księgi Jakubowe).

In 1987, Olga Tokarczuk graduated from the University of Warsaw Faculty of Psychology. She is the 15th woman to receive the literature prize and the 6th from Poland. Among the laureates are also other two graduates of UW, namely Henryk Sienkiewicz, and Czesław Miłosz.

On the occasion of Nobel prize-giving to Olga Tokarczuk by the Nobel Prize Committee, UW undertakes the action “UW congratulates Tokarczuk”. It aims to encourage students and employees of the university to express their congratulations to the outstanding writer. One can do this by taking a photo using a specially prepared photo frame. The frame refers to Tokarczuk’s works and includes a quotation of the writer’s letter to Prof. Marcin Pałys, UW rector.

Each person taking part in this activity is invited to share their photos on social media using hashtags UWcongratulatesTokarczuk and NobelPrizeLaureateisfromUW. The UW Press Office organises the action.

Photos can be taken on 9th December at 9:00-10:00 on the UW main campus near the Old Library building and the main gate. On 10th December at 11:00-13:00 in front of the University of Warsaw Library entrance.

The Nobel Prize award ceremony will be held at 16:30 in Stockholm. It will be streamed live on the Nobel Prize website nobelprize.org.

One can follow the action on the university profiles and social media. 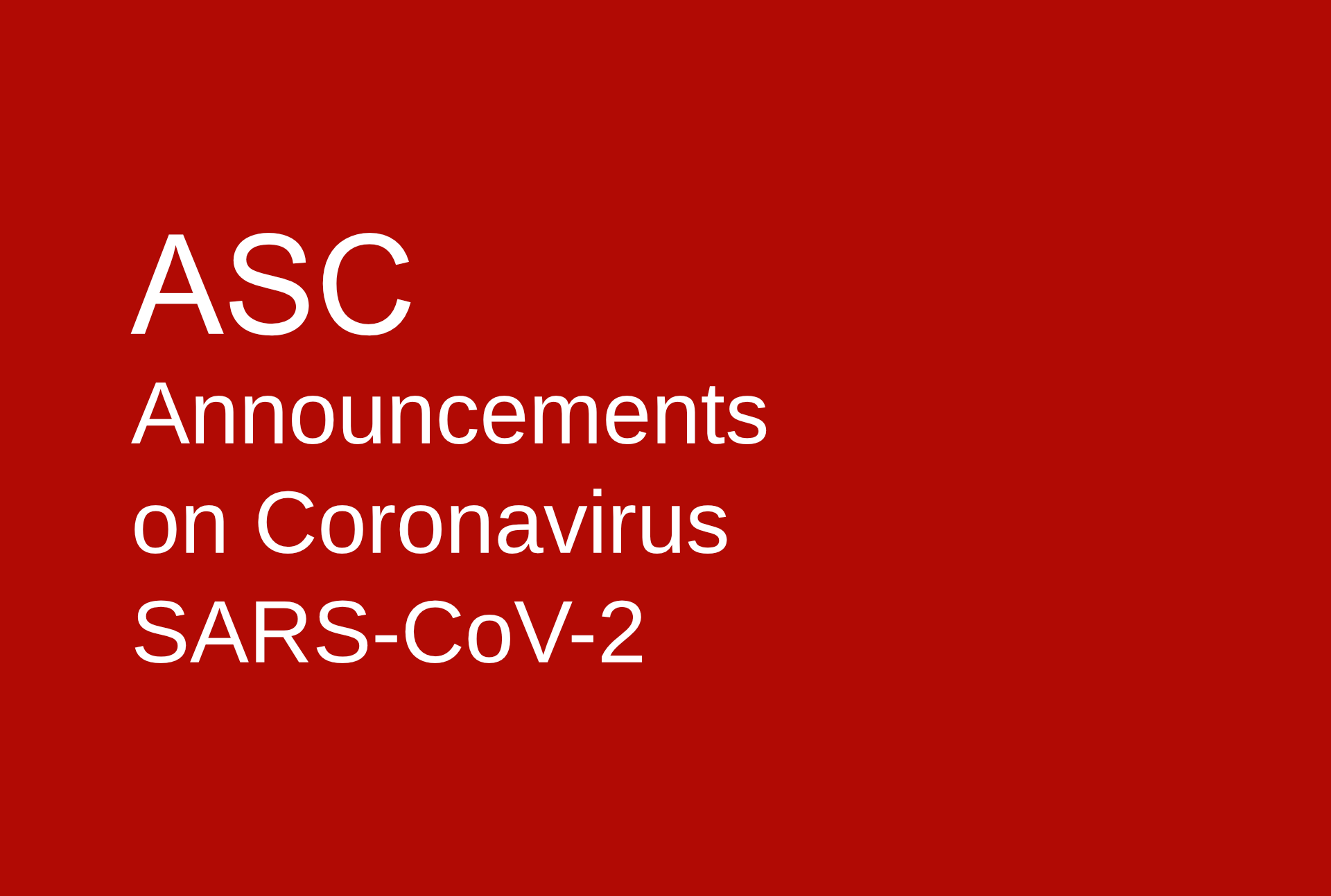 Changes in the mode of operation of the ASC Library, Students’ Office, and Financial Office related to the COVID-19 outbreak 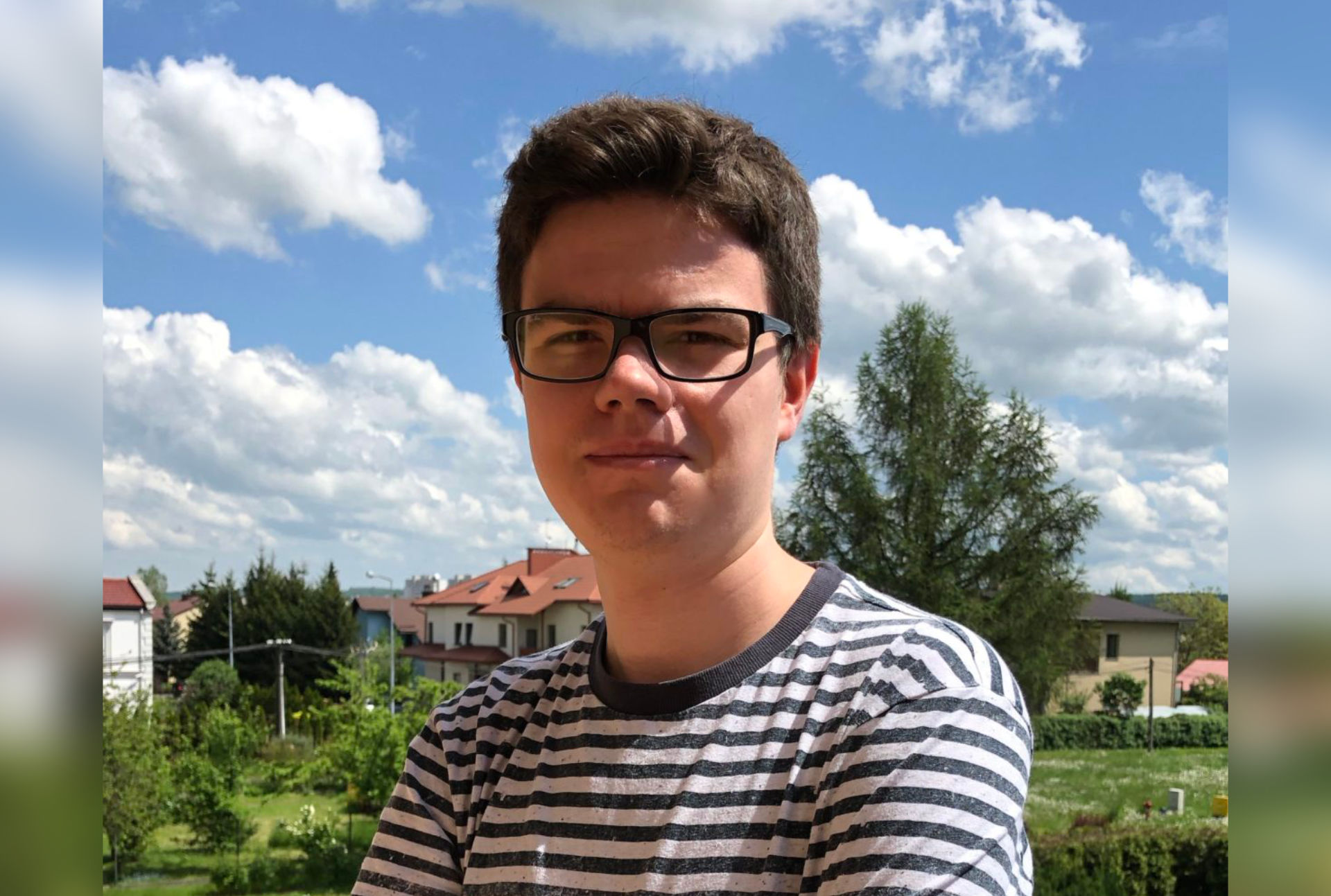 It is our pleasure to inform the ASC community that Filip Boratyn, our doctoral student and – at the same time – USOS office assistant, is a recipient of the 2020 David G. Hartwell Emerging Scholar Award presented by the International Association for the Fantastic in the Arts. 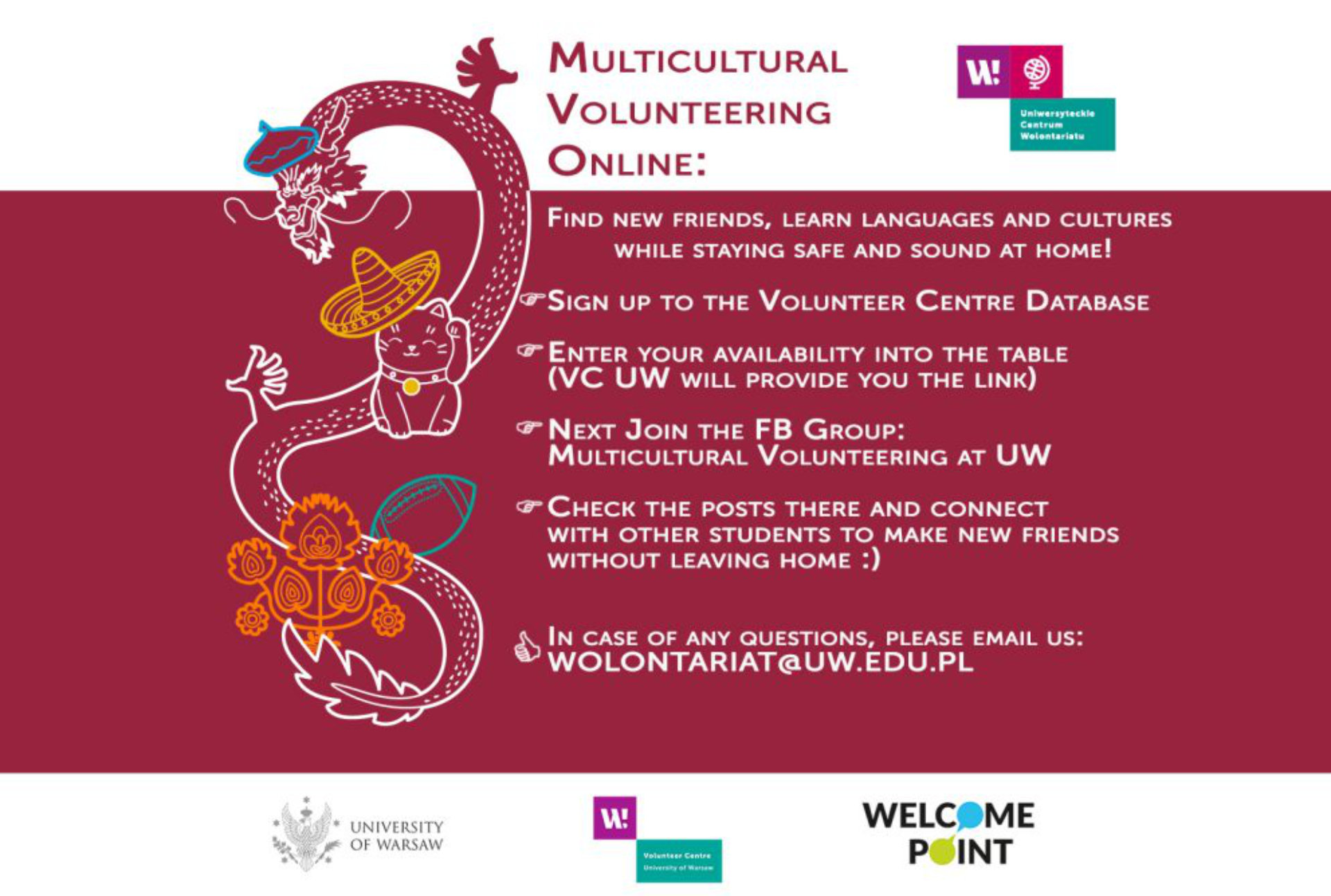 We would like to invite you to take part in the Multicultural Volunteering Online!

This is a great possibility to learn a new language, improve Polish (or another language that you know and would like to practise), learn about different cultures and meet students, with whom friendship may last beyond the not-leaving-home-times 🙂 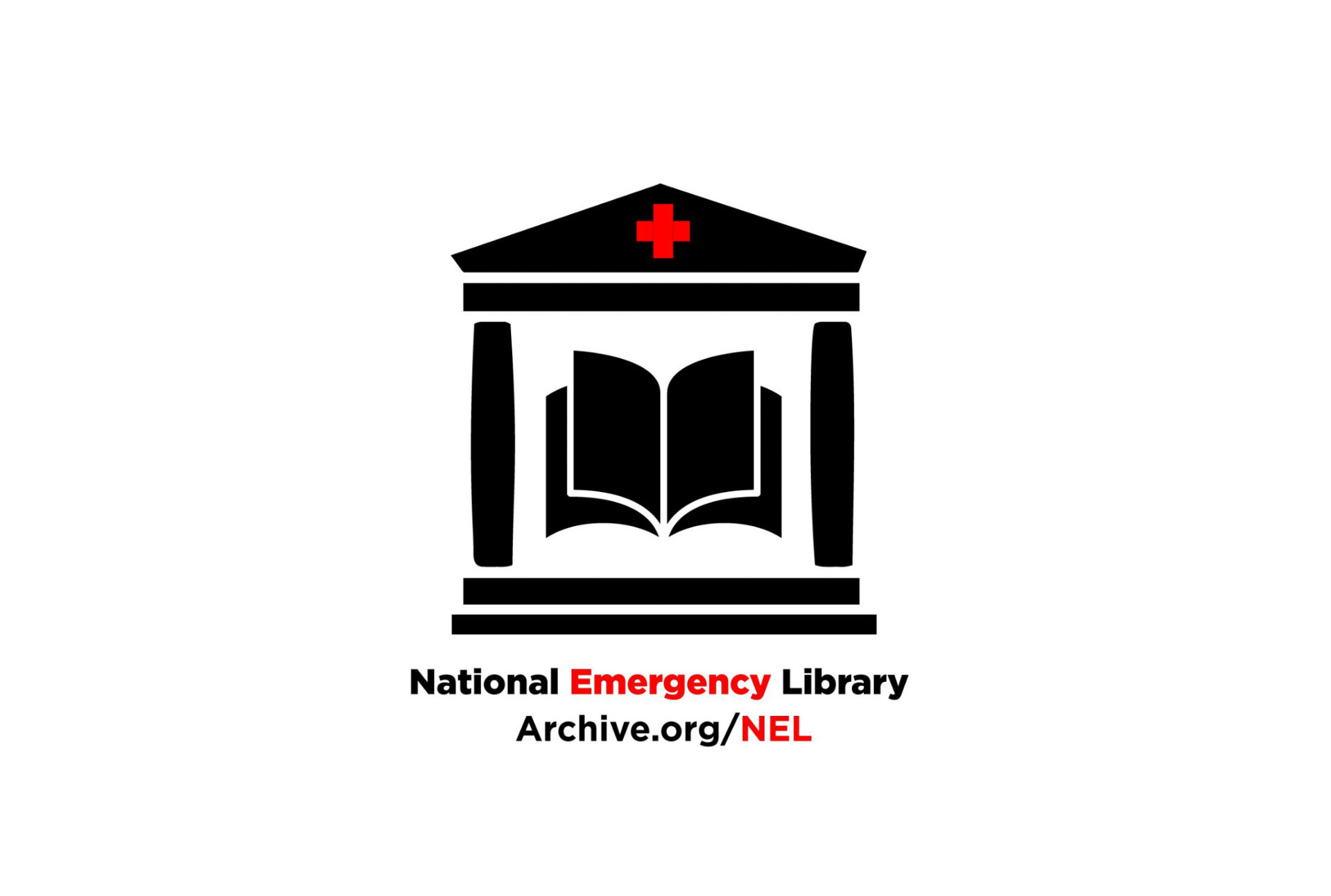 During this unprecedented time in history, access to printed books is becoming difficult or impossible. COVID-19 is forcing students, educators, and everyday readers to rely on digital books more than ever before. 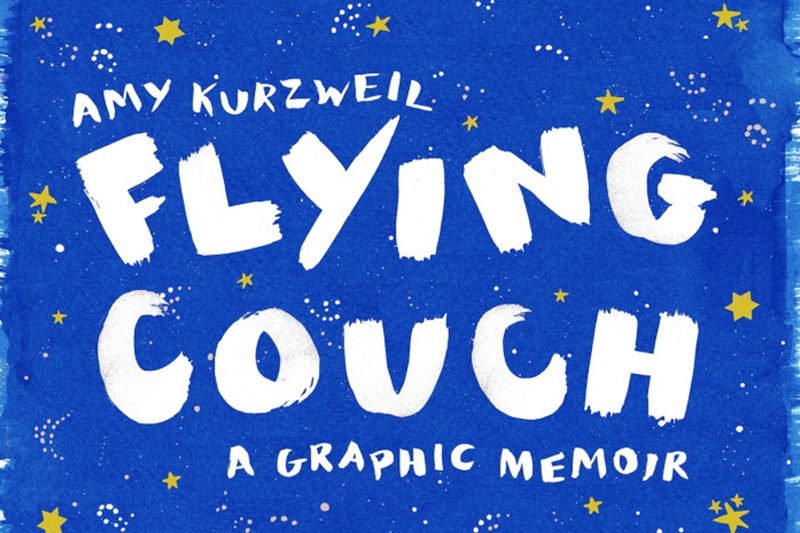 During the online streamed lecture, Dana Mihăilescu will present the Amy Kurzweil’s debut graphic memoir, Flying Couch (2016), in order to consider how the Holocaust narrative at the core of this graphic narrative is negotiated by the three generations of Kurweil’s family. Hence, she will highlight an ethical, future-oriented use of mediating forms of Holocaust memories for third generation artists.