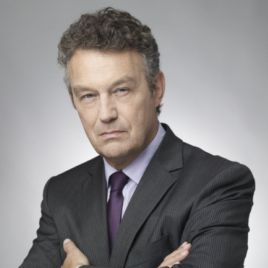 Dr. Schnepf is a historian, political scientist and diplomacy practitioner. His main areas of research and academic teaching are global threats and conflicts, US and Latin American politics, history of political and social movements. In his Ph.D. dissertation he focused on political mass movements in 20 c. Latin America and particularly in Venezuela. In1991 he joined Polish diplomacy and served as four times ambassador to different Latin American countries, Spain and finally to the United States. He also held various high level government positions, a deputy foreign affairs minister among them. Developing his academic activity and while on official trips, he taught courses and lectured at many foreign universities and research institutions (U.S., Spain, Uruguay, Costa Rica, Singapore, France, Germany).  As an Assistant Professor at Iberian Studies Department and now at ASC, he intends to combine diplomatic practice with broad knowledge on international relations. His current teaching interests go towards the functioning of American political system and its ongoing changes, U.S. foreign policy (China, Russia, Middle East, N. Korea and Iran), security problems and U.S. – EU relations. Dr. Schnepf is also covering the topics on diplomatic practice, negotiations, diplomatic protocol issues and public activity, such as tv, radio and conference speeches and presentations.

More than 50 articles and comments in professional and popular periodicals such as Kontynenty, Mówią Wieki, Polityka, Kultura, Wprost, Gazeta Wyborcza.

American Elections: A Day After.